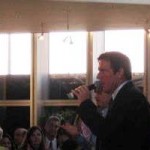 Rarely have pharmacy technicians been in the spotlight as critically as they have been in recent years, with several high-profile instances of technician error making national headlines.

One recent case involved actor Dennis Quaid, whose newborn twins were given drugs with 1,000 times the required dosage of a prescription medication in late 2007. The hospital blamed a pharmacy technician who didn’t have a second technician verify the drug’s concentration, as well as another technician at a satellite pharmacy serving the pediatric unit who failed to double-check the concentration. Although the children recovered, the hospital employees were dismissed. A year earlier, the same thing happened to three infants in an Indianapolis hospital, resulting in their deaths.

In Ohio, a pharmacy tech-mixed IV solution containing more than 20 times the necessary amount of salt led in the death of a two-year-old girl, resulting in the 2008 passage of the state’s so-called “Emily’s Law” requiring technicians to pass both a competency test and a criminal background check before they are allowed to work.

The problem stems largely from a drastic increase in the number of prescriptions, as the elderly American population grows larger, as preventative medicine becomes more popular, and as medical advancements lead to the invention of more and more drug options. The number of pharmacists and pharmacy technicians entering the field hasn’t been able to keep pace with the increase in prescriptions, leading some pharmacies to resort to automated medicine dispensers that count, sort and distribute pills. Additionally, pharmacies in chain stores tend to be rewared based on the volume of prescriptions filled, raising the possibility of mistakes by the workers.

Cases like Quaid’s serve as sharp reminders of how vital the role of pharmacy technician is in maintaining public health and how proper training can help avoid disastrous life-and-death situations. Pharmacy techs should always double-check their work and have a supervising pharmacist verify it as well.