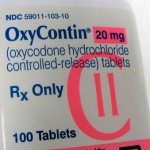 In pediatric conditions involving moderate to severe pain it’s not uncommon for physicians to prescribe oxycodone or hydrocodone off label to their patients. But recent moves by Purdue Pharma (the manufacturer of popular opioid OxyContin) to seek FDA approval to label the painkiller for use by children as young as 6 is raising more than a few eyebrows. Mostly because a lot of people think this is just a crass cash grab aimed and protecting their patent on the drug which is set to expire next year.

A recent incentivization program pushed by the Federal Drug Administration offers pharmaceutical makers six month patent extension as a reward for testing drugs for potential pediatric use. This is due to the widely accepted fact that different children metabolize opioids and other drugs at different rates leading to several types of complications. Today more than 60 percent of drugs prescribed for children are not FDA-approved for pediatric use.

With more than 5 and a half million new prescriptions for Oxy written in the last year alone, a six month patent increase could further sustain what has been an extremely lucrative cash cow for the family run pharmacy company. Purdue, known for their fierce defense of their patented formula recently released a tamper-proof version of the drug after attempts to get the FDA to outright ban generics of their existing drug.

Last year there were 5.6 million new prescriptions for Oxy (aka ‘Hillbilly Heroin’) written in the US. This is troubling because in the same amount of time, painkillers (namely Oxy) caused more deaths than cocaine and heroin combined. Overall this epidemic has killed more than 100,000 people since 1999, more than U.S. military deaths during the Vietnam war. A 2005 study from the University of Michigan found that those who are prescribed opioids in their youth are more likely to abuse painkillers later in life.

In 2007, Purdue was forced to admit culpability in a suit claiming they had purposefully mislead doctors and the public about OxyContin’s risk of addiction. For that very public misstep they paid $635 million in fines and underwent months of bad press.

Altruistic research or a cynical marketing attempt soaked in greed?